What Does It Mean When Oil Leaks to Spark Plug?

Generally speaking, oil leaking into the car’s spark plug well is often a sign of a quite serious issue, which should be immediately checked and repaired. In most cases, it is usually the results of a failing O-ring, gasket, a worn valve guide, or a defective piston.

When the oil makes its way to the spark plug wells, it would have a considerable effect on the performance of your car’s engines. As a result, this will lead to blue exhaust, increased consumption of oil, or misfires.

In serious situations, it could even result in a fire in the engine. Therefore, when you notice any of those signs in your car, the top priority is to check the spark plugs immediately. 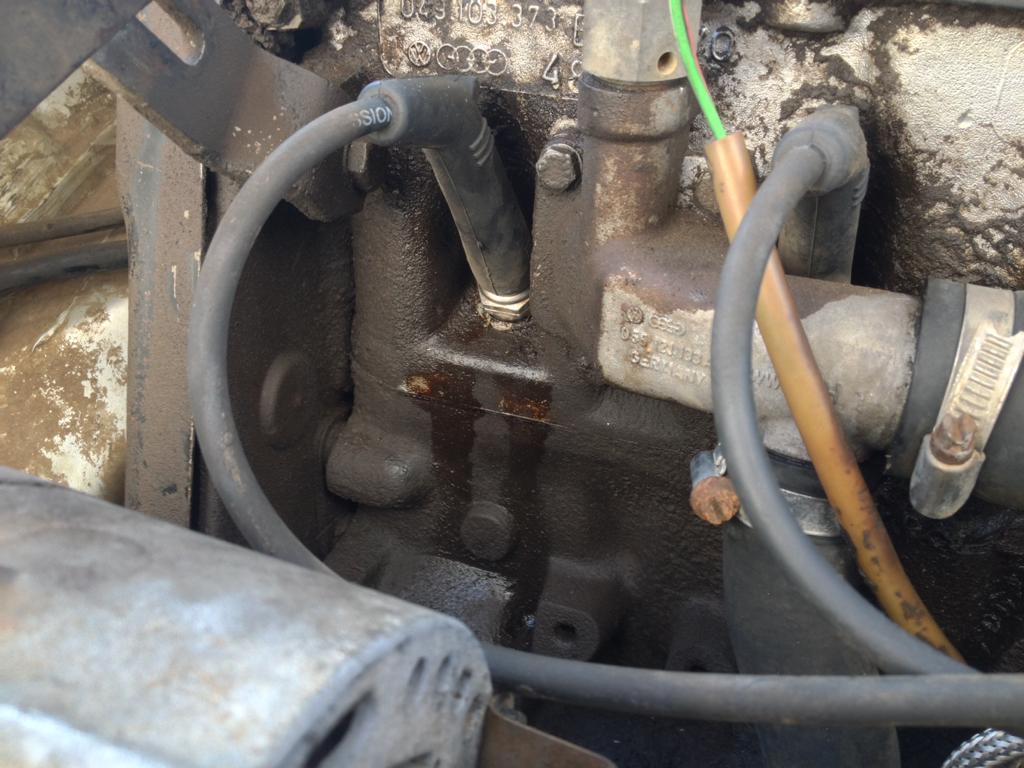 This problems basically involves 2 systems, including the engine lubrication and the spark plugs system.

The main function of the engine oil is to lubricate all moving elements in the car’s engine. The constant movements of all engine parts basically produces wear and tear as well as heat. And engine oil plays an essential role in minimizing the friction and dissipating the heat in the engine.

The oil pan is the place where the engine oil is kept. A normal oil pan often has the capability of up to six quarts. When you start the engine, the oil pump will pull oil from this part via the pickup tube. After that, the oil will move to the filter, which helps to remove debris and dirt before sending to different areas of the car’s engine through spurt holes. At the end, it moves back to the pan to restart the process.

Common Cause for Leaking Oil on The Spark Lugs

This is basically a metal element located on the top of your car’s engine. The main function of a valve cover is to seal the engine and help prevent the leakage of oil. Between the engine and the valve cover are gaskets, which tend to fail after using for a period of time. Because of the high temperature when engine is running, the gaskets could become brittle and begin to leak. In some cases, the oil is likely to leak onto the spark plug wells.

The pistons in your vehicle’s engine are often designed with compression rings on the top and the bottom of the piston. These parts are put in grooves of the piston and play an important role in scraping excess oil from the cylinder walls as well as preventing oil from leaking onto the combustion chamber.

When those rings broke, oil could leak onto the spark plugs wells. Another common signs of a broken compression ring include the increased exhaust, which often smells oily and has a blue color.

Valve guides are used to keep the valves in the right place and regulate the intake of air while the engine of your car is running. Gradually, these parts can get severely worn and thus require a replacement. Ash, oil, or blue smoke in the spark plug well are some common symptoms of worn valve guides. If left over time, this problem would lead to further damage in the engine.

5. A Problem with The Piston

A piston that gets too hot could develop a crack or hole. The most common signs of a defective piston include knocking sounds and rattles while the vehicle is running, engine misfires, power loss, as well as excessive oil burning. It could also result in the leaking of oil in the spark plug wells. In general, this is an urgently serious problem that should be repaired as soon as possible.

Oil leaking into a spark plugs is basically considered a really serious issue that needs to be checked and repaired as quickly as possible. Otherwise, it can result in extensive damage in the engine of your vehicle such as warped or broken valves as well as pistons. In some cases, the head gasket could cause the engine to be damaged fatally.

What Should You Do When Your Car Dies While Driving?

3 thoughts on “What Does It Mean When Oil Leaks to Spark Plug?”