How to Check and Get Rid of Engine Sludge?

Car drivers who do a lot of stop-and-go driving before ignoring to replace their oil might be facing with a sludge problem in the engine. And this is definitely the bad news for their car even though engine sludge might not seem to be a big deal. In general, it happens when the oil in your engine parts breaks down and builds up – often because the oil has not been replaced frequently enough. And stop-and-go driving in short commute could accelerate the process.

There are a couple of reasons why engine sludge is very harmful to your car. First, it can accumulate in locations that would interfere with usual lubrication, which results in a lubrication failure and severe damage to the engine. Also, it can make the engine to keep more heat as oil basically works to draw and absorb heat away from the engine. Last but not least, built-up sludge might cause the remaining amount of oil less effective in performing this important task.

How to Check Engine Sludge​?

But how can you know whether your car has engine sludge? Obviously, you are not going to pull and take the engine apart. But a couple of simple diagnostic observations could provide strong clues to the need of taking further action.

If the oil light is turning on, it could be a sign of engine sludge. Your oil might have polymerized to decrease its volume, which causes the light to indicate a low volume of oil.

Open the hood and take a look at the engine of your car. Any signs of engine or oil sludge on the exterior parts of the vehicle definitely mean that you are facing with a sludge issue inside.

If you take off the cap from the oil pan, you could have a quick look inside. In general, a car with a normal lubricating system may have oil pan parts and walls that still appear sliver and metallic although they are covered with oil. Any sludge in the engine would change its appearance and cover the metal. Thus, if there are any signs of sludge in the oil pan of your car, you should bear in mind that that there would be more sludge in other areas. 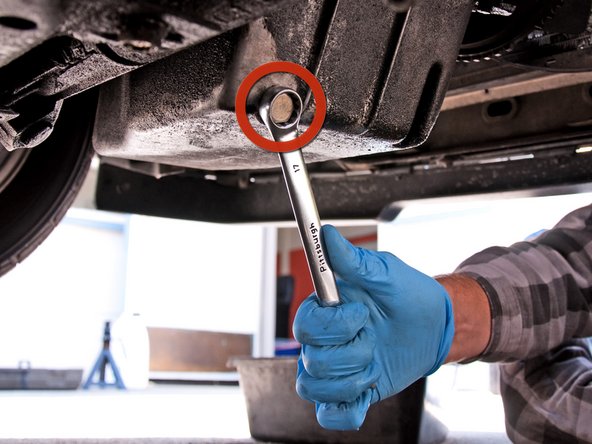 If you are in the unfortunate situation in which your sludge suspicion is confirmed, it does not necessarily mean a death sentence. In fact, there are a couple of simple steps that you can take to remove some or all of them.​

How to Get Rid of Engine Sludge?

Perhaps you have not replaced oil in your car for a while, and faced with an issue with engine sludge. Even though it is not really a big deal, this is a serious warning sign that you need to do something in your vehicle. And there are a couple of simple steps that you can take to remove of some or all of these harmful sludge. In general, the cost of doing nothing can usually mean a totally new engine.

The easiest way in these cases is to remove it with a chemical sludge remover. In fact, there are some people do not really like this product but it is probably the simplest method to get rid of sludge in the engine. They are often added to the remaining oil. During this process, you should idle the car from 5 to 10 minutes without moving. This will give the chemical remover enough amount of time to get rid of the sludge and draw most of it back to the oil. After that, you should replace the oil and the replaced engine sludge, together with the remaining oil. Make sure to follow the particular use directions for anything you are applying.

Trust The Mechanic for Important Tasks

If the diagnostic test leads to a conclusion that you are facing with a lot of sludge in the engine, then a chemical remover is not always a good choice. And this might be the proper time to bring your vehicle to a trusted mechanic as he is professionally trained to get rid of the sludge from important places before it results in a serious issue. Perhaps this will require him to take apart the engine and remove the sludge mechanically. Even though it is not as cheap as using chemical remover, this will save you a lot of money than changing the whole car’s engine if you do not take it seriously.

Once you have gone through the trouble of performing all this, you would have an opportunity to make a fresh start with car maintenance and your driving as well.

Remember that either stop-and-go driving or consistent short trip is often the most common accelerants for the formation of sludge in your engine. Thus, you should think more carefully about a short trip that you are going to take and whether all of them are really necessary.​