How to Bleed The Drum Brakes for Your Car?

What Would You Need?

For many modern models of car, drum brakes are one of 2 broad types of brakes, along with the disc brakes. In general, they are often made on the side of a car, while you would see the disc brakes at the front of a car.

When it comes to the function, the drum brakes are quite similar to the disc brakes. This means that both of them are made to help your car stop safely and quickly. However, manufacturers have made a couple of unique features to differentiate the drum brakes.

When you load a car heavily, especially during a long journey, it means that it is bearing severe pressure on the drum brakes as well as the whole brake system. In times, you need to change the hydraulic substance or the gear in a brake system.

In addition, air would be initiated inside the system when you’re the hydraulic circuit of your vehicle is unlocked. Therefore, bleeding the drum brakes is probably one of the most effective way to remove the air in the system, which would help the brakes to operate properly. By following 4 easy steps below, you would achieve this effectively.​

Step 1: Remove The Wheels and Tires 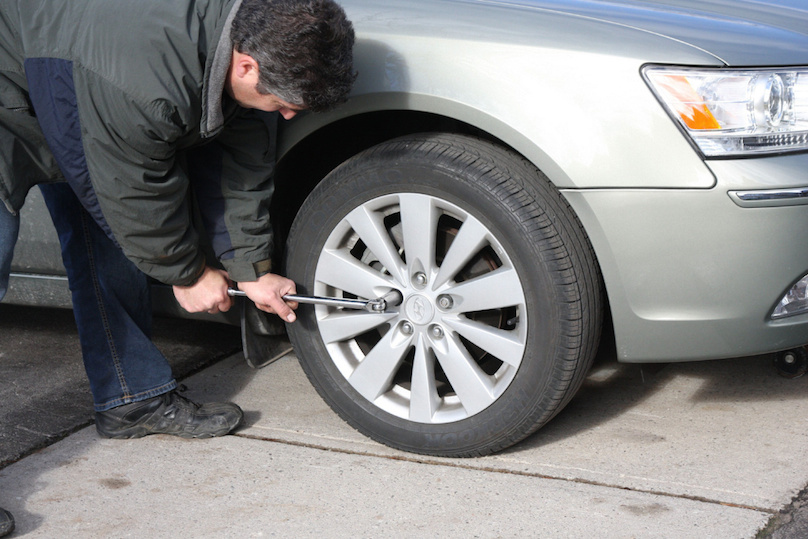 To begin with, use a car jack to lift the front part up, then take jack stand to support it by putting under the front frame. Also lift the rear part of the vehicle up as well by taking car jack located under the rear axle. After that, use the lug wrench to slacken the lug nut, which ties the wheel with the hub, and remove the wheel from the hub by your hand.

Use new brake﻿﻿ fluid to load the main cylinder tank. Make sure that the level of fluid does not excess the tank during the process. Do not allow it run out. Place Put the bleeder screws alongside the brake calliper and down of the front wheel of driver's seat. Attach a bleeder screw with the plastic tubing.

In addition, you need to pump the pedal of the brake and then clutch along the ground. Remember to get someone to help you in this task. Use a wrench to make the bleeder screws unlocked and then allow a few fluid to flow out. In general, you would see tiny air bubbles in this liquid. After that, get the bleeder screw locked again.​

Step 3: Check Out The Tires and Air Bubbles

Do step 2 again until the fluid in the plastic tubing does not have any air bubbles. When a vehicle is made with the drum brakes at the back, the bleeder screw would be alongside the inside element of the vehicle’s brake plate.

Use your hand to lift up the wheels located at the lug stud. Then take a wrench to fasten the lug nut to the stud.

Lower the vehicle and use a wrench to tighten the lug nut. During the process of bleeding the drum brakes, always remember to check the level of fluid in the main cylinder frequently. If this level is under the necessary amount, then you should pump more fluid. You would use fresh fluid which has just came out from the drum brakes.

Run the vehicle’s engine and press the brake pedal. At last, you would have to do this task continuously to hold the brake pad that is just set up. Turn off the engine and hold the pedal on, bleed the drum brakes another time when the pedal is sinking from 15 to 20 seconds.​