For the past years, there are a growing number of injuries, accidents and deaths due to reversing vehicles. To resolve this issue, the government in the United States has made it mandatory to set up a backup or rear view camera system all forms of vehicle.

In general, this device would help any drivers to see the blind spots accurately, thereby preventing any serious problems and protecting any people, vehicles around them.

These days, there are a wide range of backup camera models in the market when it comes to method of connection, mirror mounting, used lenses, prices, warranty difference and so on. There is even a type of backup camera that would flip open when you put your car to the reverse gear.

For those who do not plan to buy a new automobile or have one without a rear view camera, the good thing is that there are a wide range of good backup cameras that are made with really reasonable prices. In addition, you would not need to purchase it from a car dealer. In fact, there are some aftermarket backup cameras which are provided with transmitter and display that could be installed simply by using a drill or screwdriver.

The Importance of Installing The Backup Camera

Benefits of Using a Backup Camera

In the 70s, most types of vehicle were made with square shapes and high “greenhouse” on the beltline, which offered a quite clear vision in all 4 corners. However, the designs of vehicle are basically different these days. The standards of roof strength mean that the B-pillar is more noticeable than it used to be. In addition, it is also more difficult to see out the back of a car even when you are turning around in a seat and having a look at the back window. As a result, a large number of people were killed by vehicles moving over them mainly because the drivers could not see anything through the side-view mirror.

To solve this serious problem for car drivers, it is highly recommended or even compulsory to install a backup camera and monitor in all models of vehicle. As a result, it would help to reduce the number of deaths, injuries or accidents.

How Does a Backup Camera Work?​

In general, a backup camera is often small with wide angle, which is placed under the handle of cargo hatch or the trunk lid’s edge. It is connected with the stick shift and some types of monitor in the side-view mirror or the instrument panel.

When a driver put the stick shift into reverse, regardless of automatic or manual transmission, the backup camera will turn on immediately and the screen will show the image which the camera would record.

Is There Any Issue With a Backup Camera?​

There is something that you need to think about when choosing a backup camera for your vehicle. The first and also the most important is weather condition. If you often drive the car through mud, dust, salt or heavy snow, this device could be blocked completely.

A couple of car models are made to deal with this problem. For example, some manufacturers apply washer nozzle to make the camera clean when you activate a windshield washer. For Volkswagen, they hide the backup camera under its VW logo. When a driver turns in reverse, a small motor will flip up the logo to show the camera.​

In general, most types of backup camera are often weather resistant and small, but there are actually some differences to take into consideration:

Most models of backup camera is made with CMOS or CCD sensor. This feature would convert light into signal in 2 different methods: CMOS is mainly digital and CCD is generally analog. In general, a CCD device would use more power and is worse in low light than a CMOS one. However, a CCD device would be adapted better to deal with varying lighting conditions than a CMOS one. These variations would be incidental depending on the environmental conditions that you often drive your car. Like the competition between Android and iOS, whether CMOS or CCD sensor is better would be a controversial question. And in most situations, it seems not to be an important factor to decide which type of backup camera that you should buy.

Many types of side-view camera are created with on-screen guidelines with the aim of helping the drivers when they squeeze into a confined area or back out of dangerous cases. In other words, these devices help you to measure the distance from the car to the object. If you do not want to have parking line feature, then remember to focus on the description of a backup camera. A couple of models might not allow this technology. In some devices, you would be able to get rid of this feature during setup process so that a driver could use the needed parking line function, which is made with several touchscreen receiver.

Image of The Mirror​

As you could guess, the display in the monitor would be reversed to imitate this of a side-view mirror. However, this is an optional feature in a couple of models.

In general, a backup camera would offer a nice horizontal angle of view, with some models even as wide as 180 degrees. An of course, the wider the angle, the more a driver would see behind him at glance.

On some models of backup camera, you might notice a minimum rating of Lux. In general, this would indicate the least quantity of light that is necessary to get a good image. For example, the rate of sunny condition would be abound 10000 Lux, while the rate of a night in full moon would be abound 0.1 Lux. We have noticed some backup cameras which could provide a good image in a condition with the rate of just 0.1 Lux. In addition, a lot of models would improve the capability in low light with an infrared light or built-in LED light, which will turn on when you turn the car into reverse.

For most models of backup camera, this would be a defining factor. In general, it could be done in some ways. Therefore, remember to have a look at the back part of your car before going for a backup camera. There are 4 main types of mount in a side-view camera that you need to take into consideration: 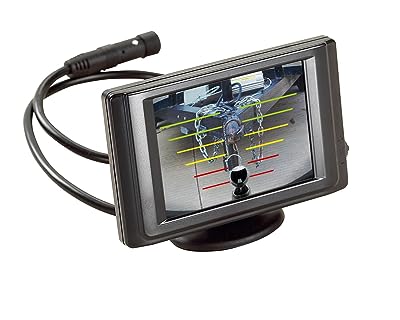 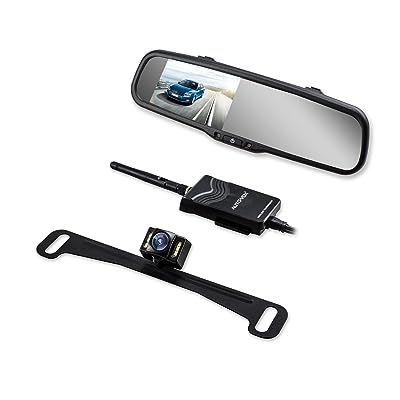 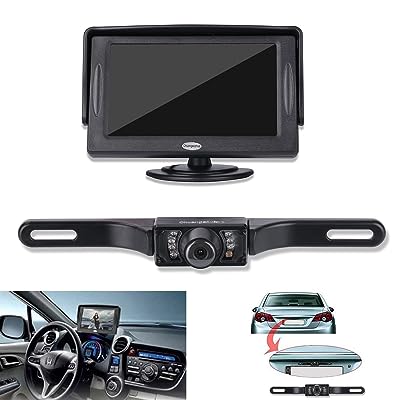 What Should You Know About a Spoon Engine?

How The Turbocharger Works in a Car?